Over 25 adults and 10 children (kept busy in a play area set up to encourage their parents to attend) participated in the 2018 AGM of the Hinchinbrook Farm Society.  Other members who could not attend sent in their proxies so that the meeting could officially go into the record-books. 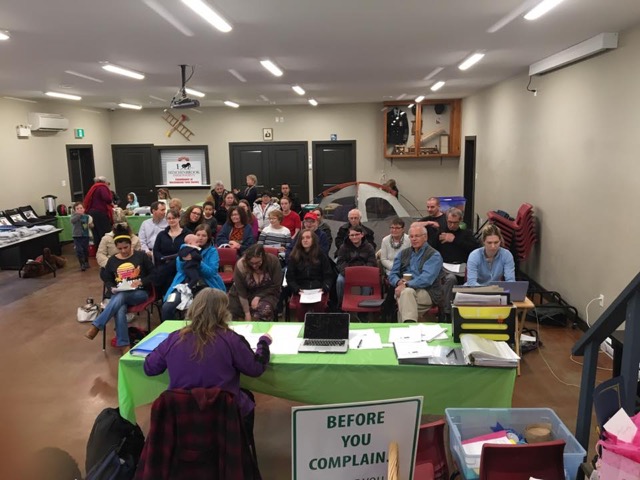 The meeting was held off-site to allow more space and serving a delicious snacks. 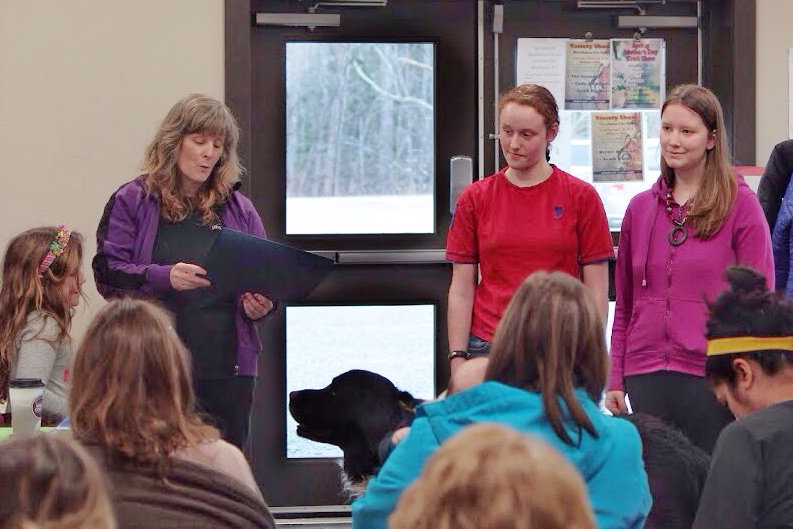 In addition to the business at hand, awards were presented to volunteers, often by the kids who help them with their lessons.  Without our 40 or so volunteers, Hinchinbrook Farm would not be able to operate and serve over 20 families in Horse Boy and a total of about 70 riders.

In the photo below, Patty introduces our Instructor-in-Training, Megan Daniels, who has almost completed her CanTRA certification and Horse Boy World training. 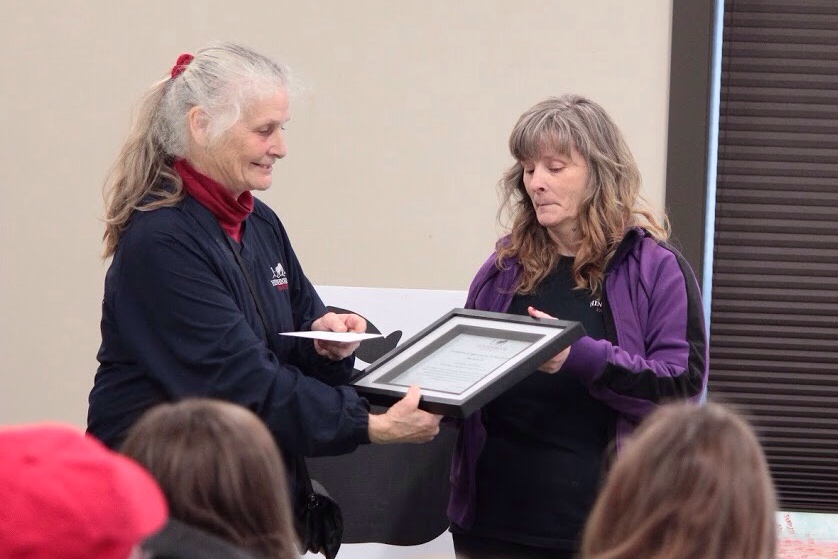 The AGM elected our new Board of Directors as follows:

We gratefully thank the members of the Board who have stepped down at the end of the current term: Roze McDormand, Mary Bhagan, and Kim Carlow-Berkeley.

The BOD will nominate its Secretary, Treasurer and Vice-President at its first meeting.

The meeting also heard from David Friendly, our grant writer, about his visit to the Community Foundation of Nova Scotia.  They have program where they set up an endowment fund for a charity and manage the fund and all the administration.  For this, we would pay a fee of about 2%, which is less than it would cost to set one up ourselves, once lawyer, accounting and investment fees were added together.  David suggested that if we wanted to totally fund our annual budget of about $160,000, would would need an endowment of $2.5 million.  The Community Foundation will set up endowments of about $25,000 or higher, but David suggested that a minimum we should aim for at the start is $100,000.  That would give us an annual income of about $7,000, which would cover our veterinarian and farrier costs for the year.  David asked all present to provide him with leads to people who might be interested in helping Hinchinbrook get to this next level of self-sufficiency.

Watch the efforts of a boy with autism to fulfill his mission to help the world. (Example of the [Rapid Prompting Method] used to communicate — even with complex content — with non-verbal individuals.) [Watch the video]